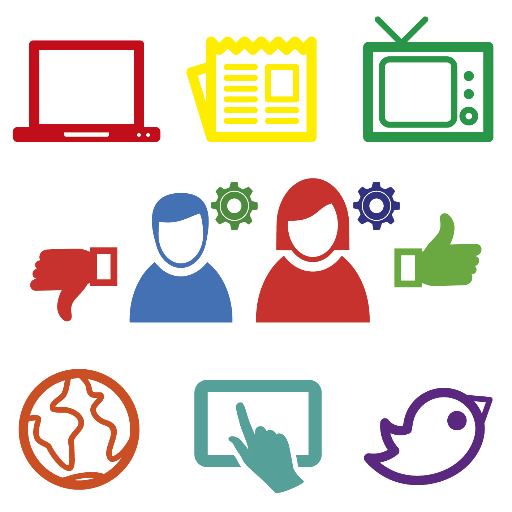 Media literacy is the ability to

CREATE, and ACT using all forms of communication.

In its simplest terms, media literacy builds upon the foundation of traditional literacy and offers new forms of reading and writing.

“In the Guelaguetza festival, also known as ‘Los Lunes del Cerro’ (Mondays on the Hill), representatives of the different regions of Oaxaca come together wearing their traditional clothing, and they perform the dances which are particular to their region.”

When it comes to music, my first love was Rock en Español. I grew up listening to Maná, Caifanes (actually Jaguares in the 90’s-2000’s), Heroes del Silencio, Cafe Tacvba, Shakira, Alejandra Guzman and so many more. Friday and Saturday nights consisted of listening to Viva and/or Super Estrella–radio stations that no longer exist (in analog form) here in Los Angeles– and dancing to the awesome DJ mixes with my sister. In our defense, we were like 10 and 15 years old. Obviously I still listen to this music today, but now that I’ve become more socially conscious, it bothers me how machista and homophobic the rock en español culture really is.

The history of Latin Rock is very young. I am no expert, but just as many other musical genres, el Rock en Español is a product of oppression. It is a rebellious response to governments and the status quo. I’ve listened to environmental and socially conscious songs that opened my eyes and continue to make me question my surroundings. (For recommendations, I found this list on the OC Weekly.) However, the older I get, the less and less I am able to sing along some of my favorites out of … guilt? Lyrics like “Voy a vengarme de ese m****a” and “Pobre Ana sola se quedó. No le duele tanto eso, Sino que lo niegue el m*****n,” are terrible. When it comes to this topic, it is impossible not to mention Molotov’s “P**o,” which I actually never liked.

I am sure anyone will excuse these artists by saying, “well those were different times back then” or, “that’s the culture.” I get it. We hear this in rap culture as well. So what do we do? I love this music (both genres actually), and hope to one day annoy my children and grandchildren with these songs. But how can I, if some songs promote such hateful and offensive concepts? At this point, whether this offensiveness was intended or not, does not matter. What matters is that homophobia exists around us, and it is perpetuated in the media we consume. Yes I know that is is not news, but today feels like a good day to begin to talk about these things. We ought to raise awareness amongst today’s and future artists. These are–or will be–the people with influence who need to realize that there is an enormous responsibility attached to their power and roles in the world.

I went to a festival last year where the headlining band was Molotov. I remember hearing lead singer ranting about the 45th President. This really got the the crowd pumped (negatively) and it was beginning to get uncomfortable–bear in mind, many of us were drunk and the sound of 45’s name can cause annoyance at the very least. And so, the aforementioned song begins to be played, “P**o.” I had to take a walk at that moment because I hate that word. Seriously, it is like if you would have a huge crowd were screaming “f****t!” at the top of their lungs to offend someone they don’t like. We cannot fight hate with hate, and by demeaning others.

I believe it is a time in which we take responsibility. Artists ought to know that they may be reaching audiences they can’t even imagine. Of course, everyone has artistic freedom and no I am not saying ban this music / lyrics. What I would like is for parents and teachers to have conversations with our children about the media that surrounds them. Yes, I listen to this music and I sometimes sing along, but I am aware that it is wrong and I would never dare to call someone a “m****a” because I don’t like them. I am advocating for a media literate society, where we are not just taking this stuff in but are constantly thinking about it critically for the improvement of our society.

In the 1990’s, I grew up in a machista environment. Not only did I experience this androcentricity in my own household, but also in the media that I consumed growing up. Whenever I went to a clinic, the doctors were usually men and the nurses were women. As a child, I couldn’t help but believe that this was the case everywhere else (just as I believed that dogs were the males and cats were the females). We dichotomize everything and assign gender roles that to this day are still present.

Of course, (I must mention that at a much later age) I started to see more doctors who happened to be women, and nurses who were men too. This didn’t shock me but I realized that if as a child I saw the world a certain way, (many) other children probably perceive the world this way too–which can lead to the perpetuation of socially constructed gender roles. It is problematic to not discuss gender through an intersectional feminist lens. Therefore, I must bring up ethnicity.

It was only until recently, that I have started seeing doctors of color and female in real life and in mainstream media. “If she can see it, she can be it.” So, thank you, producers of Doc McStuffins whose first episode aired in 2012. Ethnicity, sexual orientation, religion, and all the social categorizations we place ourselves in may yet to be represented in media, but we are now slowly starting to become more aware of the need for it.  This is the perfect time to become critical thinkers and hopefully move from consumers to producers of our own media.

Now let’s discuss possibly the best show of all time and space: Doctor Who. While the show is not about a medical doctor, the fact that DOCTOR is a genderless title has come to light. This past weekend, on Saturday July 15th, 2017, it was announced that the new Doctor would be played by a woman: Jodie Whittaker. In the over 50 years of existence of the show, 13 [male] actors have played this awesome time-and-space-traveling alien. It has been been fantastic! As a fan of the show, I am depressed to see my Doctor leave, but ecstatic to welcome a new one. This happens EVERY SINGLE TIME. Yet, it was not a shock to me that the new Doctor is a woman–this is actually the perfect time, so go Moffat! It was also no surprise that some people are upset. What does continue to shock me is how much it affects me that people are upset that a fictional alien with two hearts who regenerates into different bodies and faces could be a WOMAN.

The female version of a doctor is not a nurse. It is in fact doctor.

Not only as in medical doctors, but also in terms of the Time Lord (“Time Lady,” as Missy puts it) in the TARDIS. The doctor in Doctor Who is an alien of the Time Lord race from a planet called Gallifrey, who stole a spaceship called the TARDIS and now travels through time and space picking up companions here and there. Since the beginning of the Doctor’s time, gender of Time Lords ambiguous. This past year we witnessed how his frenemy The Master regenerated into Missy. So, why does this matter? I advocate for equality because I honestly believe that all humans are equally capable of loving, of being loved, and of being bad. This show captures the best and worst of humans–surprisingly through the lens of an alien. Missy, played by Michelle Gomez, was just as wicked as the Master was when he was played by John Simm in the most recent reincarnation. While this may have been a test by Moffat and team, it proves to its audience that a woman is as much as a badass as any other man.

We have entered the age of Wonder Woman, as I like to call it. We no longer should have to prove anything. We ought to teach our children to accept others, build tolerance, and most importantly respect without judgement. I will always stress the importance of raising our children to be better than us. While it may be too late for some of us adults, our children are still blank slates. If we have the access and resources, then it is our responsibility to become a bridge to a better place. Think about it: what would the Doctor do?

She is Dorian Green.  Strong, confident, and intelligent. An inspiration to anyone. She loves herself, cares for others, pursues an education, and kicks some serious butt. This is the type of stories that not only little girls, but all of us deserve. #SquirrelGirl.

Recently, I picked up a comic book at a school Book Fair called Princeless. While I have not had the time to finish reading it, the premise behind the book has me fascinated. From a princess of color, to the refreshing storyline which consists of the young girl saving herself and her sisters–it has all the elements that we are still lacking in today’s storytelling. I am not embarrassed to say that I semi-forced a 7-year-old boy to read a portion of the comic book and give me a summary of what he read. No worries, he was under my supervision and I am pretty sure I am making our society a favor. The result was remarkable.

Sexists, racists, and all of the -ists and -phobes are raised, not born. The little boy was obviously not as fascinated by the story as I was, because he is obviously still an innocent child. However, I loved seeing that to him the little girl was just a little girl–not a girl of color or not a boy. In the story, Princess Adrienne points out various “plot holes” in the bedtime story that her mother tells her: the beautiful fair-skinned, blonde princess gets rescued by a handsome prince and they get married the same day. We have a critical thinker as our protagonist, asking the questions we learn to ask until we are little too old to change our ways of thinking, feeling, believing, and being. My second grader, however, right away realized that Adrienne was right–he just needed to be exposed to this way of thinking.

Part of me tells me that it is going to take forever for our society to get to a time when we are all represented equally in the stories that are told. While this may not be the greatest issue to tackle in a world filled with poverty, starvation and violence, this is a very important issue. Along with education as an institution, the media is what helps us shape the ways we view our world.